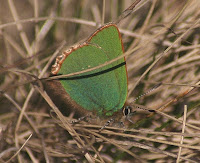 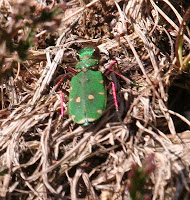 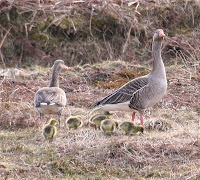 Greylag geese
Posted by Elizabeth Louise Mills at 02:27 No comments:

7/04/10
We had heard reports that an Osprey had been seen up at Stocks Reservoir over the bank holiday weekend so we thought we 'd go up and see if it was still there. Sadly we were out of luck but a sighting of a male Hen Harrier flying over the shallows near the bird hide more than made up for this. We also saw several pairs of Canada Geese and watched the Cormorants sat on driftwood drying their wings in the sun. We went round to the cafe up at the fishery and were amazed at the number of toads crawling about. We walked down to the shore line and saw several "balls" of toads made up of about half a dozen individuals in the shallows and there were plenty of other toads heading for the water or swimming about. I have never seen so many toads in my life, it was an incredible sight although it did make me paranoid about where I was stepping! I did try to move one and it gave a very indignant squeak. We could also hear them croaking all around in the shallows. Wood anemones and Primroses are flowering now and the Hawthorn leaves are starting to unfurl.
Posted by Elizabeth Louise Mills at 03:48 No comments: