On paths and lawns you might notice something that looks like a green jelly fungus. It loves warm wet weather, paths and poorly drained compacted lawns. I think my photograph is of Nostoc commune, a type of cyanobacteria. Cyanobacteria have been around for 3.5 billion years and helped to create the atmosphere we have today by releasing oxygen into the atmosphere and fixing nitrogen from the air. In medieval times it was called star jelly as it was thought to be the remains of shooting stars fallen to earth. Nostoc species are of interest to food, biofuel and pharmaceutical companies. Traditional medicine has used them as anti inflammatories and today they are of interest for their antibacterial action and possible use against certain cancers. So instead of going urgh, I think a small round of applause is called for. 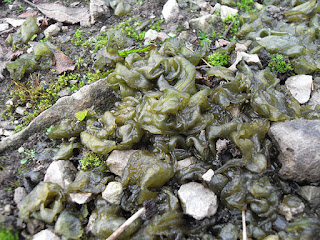 Posted by Elizabeth Louise Mills at 01:40 No comments:

Posted by Elizabeth Louise Mills at 01:53 No comments:

Even though I'm too wussy to ever eat any fungi I find, I still love going out in autumn looking for them. I think it's their weird shapes and strange habits that I like, seeing something growing straight out of a decaying tree or a bright spot amongst the leaf litter or yellowing grass, just makes a drizzly autumn day a bit less dreary. I have no idea what this white one is - puts me in mind of a sea slug though. 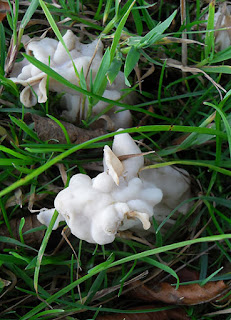 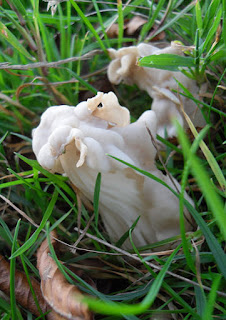 Posted by Elizabeth Louise Mills at 06:38 No comments:

Beautiful evening walk and treated to an amazing natural spectacle as the fog rolled in to fill the valley below us creating an almost primeval scene. Felt like we were stood on the edge of a giant sea loch. Unforgettable. Even the sheep were quiet. 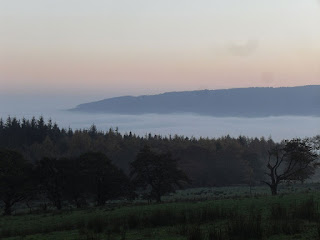 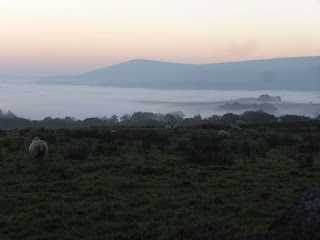 Posted by Elizabeth Louise Mills at 01:50 No comments: