Silent Bob the tailess squirrel turned up at the bird table today, he looks like a Hyrax wandering around the garden. I found a Comma caterpillar on a blackcurrant bush, when it knew it was rumbled it contorted itself so it looked like a bird dropping. I keep the moths I catch in the fridge during the day so I can release them at dusk, I think one must have been very annoyed as it seems to be trying to get me with its death ray vision. (Moths have good eye sight and like cats eyes make the most of low light levels by having a reflective layer of cells that double the amount of light hitting the back of the eye. When looked at from the same direction as the lights source they appear to glow.) The ichnumon wasp flew into the porch; they lay their eggs in the larva of Horntails. 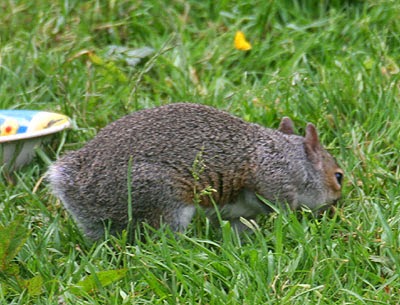 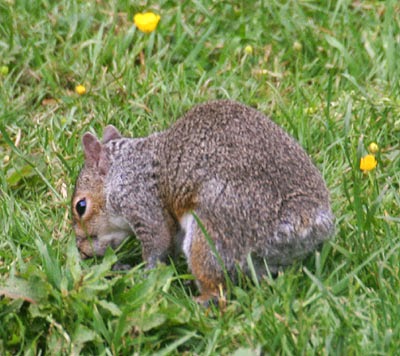 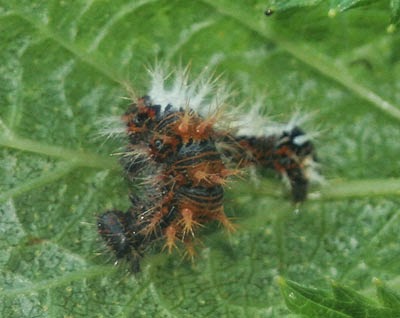 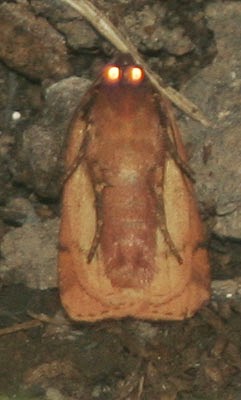 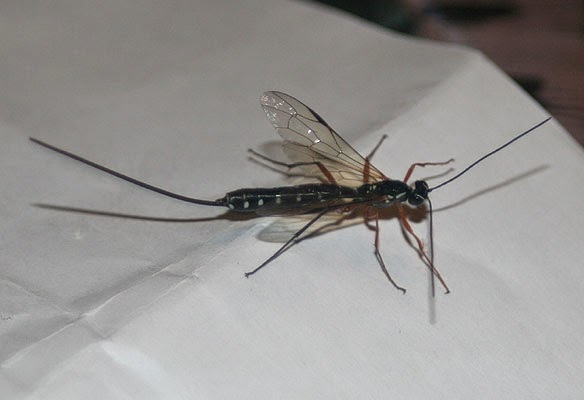 Posted by Elizabeth Louise Mills at 03:18