Went to Leighton Moss late Tuesday afternoon - Barrie was being interviewed about the Lancashire Wildlife website for Diversity FM who are running a series of programmes called Wild Autumn. The rut seems to be starting although the stags are still eating between short bouts of roaring. Saw one stag and one hind at the Tim Jackson hide and two stags at the Grisedale hide both lying down, chewing the cud and occasionally insulting each other. Overhead large flocks of honking geese were coming in to roost. On the way home just before we crossed the motorway we saw a spectacular sight that we've never seen before. Gathering in and wheeling around the top of one tree were about 100 Jackdaws, all calling and seeming to be pairing off. Then as we drove on there were at least a couple of hundred more sat on electricity cables and whirling above it mostly in pairs and some having to see off challengers - the noise was incredible. Small flocks kept forming and flying off, silhouetted against a magnificent fiery orange sunset. Reminded us of the film The Day after Tomorrow when all the birds fly off to escape the impending mega storm - still here though! 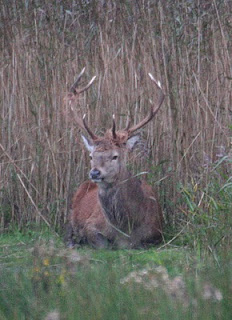 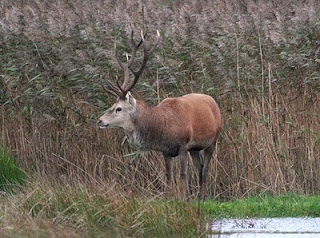 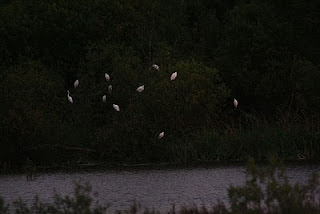 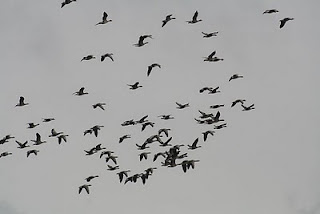 Greylags coming in to roost.
Posted by Elizabeth Louise Mills at 04:00