I got really excited (sadly) when I saw what I thought were loads of hoverlies feeding on some grasses. However when none of them took off I realised they were all dead. I don't know whether they have become stuck on the flowering grass heads or they have been parasitised. All of them were head down with their bums in the air so perhaps its a fungus. I did notice lots of miniscule grubs and cocoons on the head of another grass so maybe its something to do with  them. Very strange. Found a Painted Lady caterpillar (I think) in the grass near thistles and nettles. There are lots of Ladybirds and larvae around too and there were lots of large flies which I think are a type of Flesh Fly hanging around - hope they weren't after the ladybirds. They give birth to live young apparently. Wasps have been coming into my kitchen so I have been throwing apples out as a bribe, (though a friend  suggested I check the nest isn't actually in the kitchen!) they can eat a whole one in a day- you can hear them chewing! 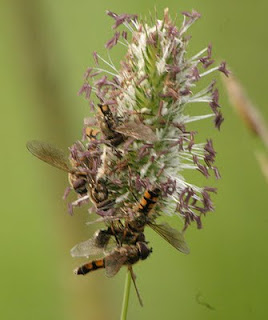 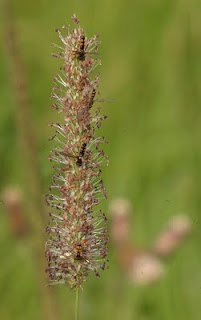 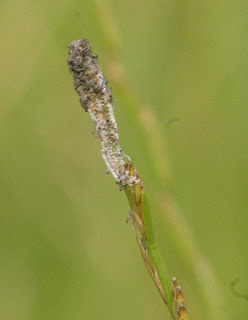 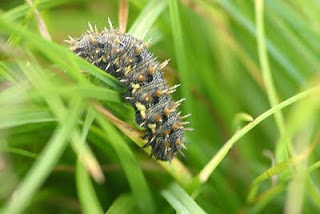 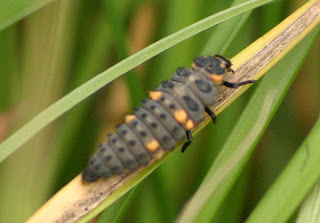 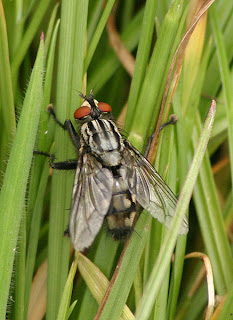 Flesh fly - its got suckers on its feet 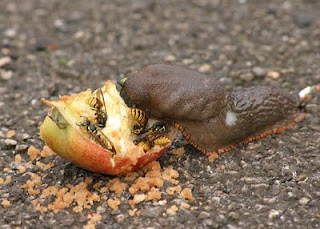